The Fly by Nico Belfast Experience

When visiting a restaurant most of us go somewhere local or perhaps jump on a train to the next city. I can say however I have never boarded a plane and flew to a restaurant destination. This was indeed precisely what I did when renowned chef Nico Simeone flew myself and 69 other lucky passengers to Belfast to experience the latest addition to his Six by Nico restaurant portfolio. On the menu was the six course “Chippie” theme. One which I couldn’t wait to try.

Walking around the chilly streets of Glasgow in winter there are many tempting bars and restaurants beckoning you in with their warm, tempting food and appetising cocktails on offer. One such establishment which has been high on the list to try at The Gentleman Select is The Spiritualist Bar & Restaurant in which this month, I was very lucky to pop in and see the exquisite venue for myself.

In the past St Andrews was always a place I visited to play golf and why not, it is the home of golf after all with its incredible links courses presenting so many challenges. What I also love about the place is the narrow, cobbled little streets leading to quaint little pubs for drowning your sorrows after several wayward tee-shots during the day! Most recently however I visited St Andrews for a different reason. It was to check out the newly refurbished The Saint Bar & Kitchen, the ideal place to see what culinary delights this picturesque Scottish seaside town has to offer.

I think one of my favourite things, aside from clothing and a little bit of sunshine, is some really good food and drink. There are some great options out there at the minute with new spots opening almost daily. Here at The Gentleman Select, its always fun suggesting restaurants and bars to try and recently I was lucky enough to visit one such place I would thoroughly recommend, The Printing Press Bar & Kitchen in Edinburgh.

We all know Christmas is the time of year for great food and drink to be enjoyed in the company of friends, family and loved ones. So to celebrate such a wonderful occasion, we at The Gentleman Select have paired up with Martell, the oldest of the magnificent cognac houses, to offer one lucky winner, a stunning bottle of their signature Martell VS in conjunction with “The 4th Course” cognac serve, a series of delicious and unique after dinner food pairings to complement the classic Martell VS.

In recent times we have seen a surge in the cost efficient gym membership throughout the UK, with healthy eating spots for before and after sessions not far behind. This month we were lucky enough to try Glasgow’s ideal destination for your pre and post gym feed. Prep Fitness Kitchen.

This healthy eating option, located on the bottom of Bath Street, opened its doors on January 22nd and is already amassing a dedicated following of gym -goers with its direct fitness food approach. Staffed by equally as healthy nutritionists and personal trainers, they will help you make your meal selection that best suits your goals. For me the menu was very well laid out, with each item from the healthy fruit and protein smoothies to the scrumptious pancakes at the end, supported by a macro breakdown of protein, carbs and fat at the side for when you are really counting the numbers. If you are in a rush, first thing in the morning or last thing at night (Prep Fitness Kitchen is open until 11pm) you can find ready prepared meals beside the till point to adapt into your lightning lifestyle, with the eating spot also offering a weekly meal plan delivery service so there is no chance of slacking, even at the office!

I throughly suggest you pop in and grab a seat next to the old school climbing frame and build yourself a well fuelled meal in this excellent little addition to Glasgow’s fitness scene.

Fitness is an integral part of our daily lifetstyle and we all have our different approaches at getting to that desired level or look. This week we visited the London Aquatics centre with Speedo to get an insight on the men and womens GB swimming team training for the fourthcoming 2016 Olympic Games in Brazil. To gain a deeper insight, we were lucky to spend some valuable time with Michael Jamieson, 2012 Olympic silver medalist and breast stroke swimmer on his training, fitness, and what you can implement in your daily swim and exericse regime to give you that Olympian edge. 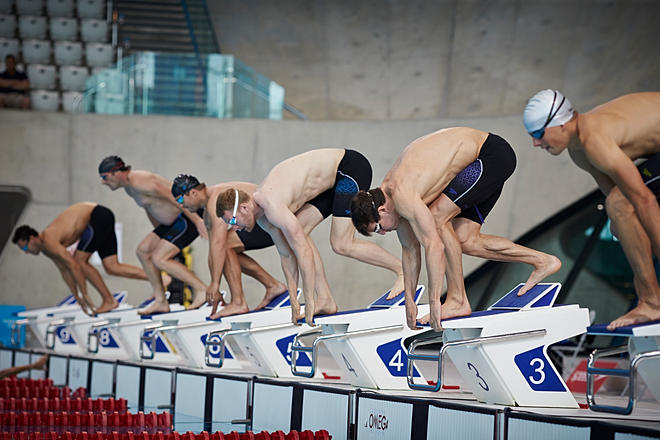 What does your daily training regime consist of?

Well the majority of our training is obviously based in the pool but we have a large focus on making strength improvements in the gym. We have three gym sessions per week, which are strength and power focused including Olympic lifting. Being a breast stroker, squatting is my main exercise along with bench press and pull-ups.  On top of that we do a few circuit based workouts, which are traditional circuits including press-ups, burpees, sit ups and so on. The programme is also supplemented with physio sessions, which are based on improving any imbalances you have in your movements. On top of this, we have soft tissue massages to iron out the kinks from those gym works, so it’s a pretty well rounded programme overall.

What do you eat on a daily basis?

It varies quite a lot. When the training volume is quite high, I probably get close to consuming around six thousand calories a day, which is hell of a lot of food! We have breakfast before the morning swim, a second breakfast right after training, then a light lunch such as a protein shake or something. After the afternoon training we have a snack followed by a main meal and then probably something else before I go to bed too! One of the main things I struggle with on a daily basis is the amount of time I spend cooking because I’m eating non-stop between sessions, which means I need to be really organised and prepare my meals in advance.

Do you split your time between pool and the gym?

I spend around 20-22 hours a week in the pool and about 10-12 hours in the gym – half of that is doing the Olympic lifts and strength based sessions, and the other is working with the physio and massage therapist. 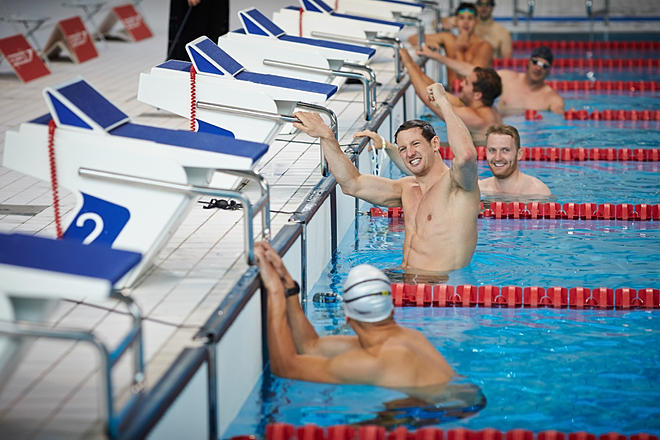 Do you have any key tips for readers looking to improve on their swimming?

One of the main tips I could give is to get comfortable under the water so that you get comfortable with your breathing pattern. I know sometimes when you’re swimming you choke or swallow a bit of water, which can upset your rhythm but just being comfortable in the water really makes a big difference. On top of that, the fitter you are the more efficient your technique will be, the longer you will be able to swim and the less energy you’ll be expending just plodding up and down.

How do you prepare before a big race?

I think training wise I have a 3-4 week period where training gradually decreases as time to freshen up. You tend to try and make everything a little bit faster and a little more explosive. You also have to watch your diet in that period so that you don’t put on weight so that you aren’t carrying any excess body fat. As well as that I start getting emotionally pumped up for it – at the moment I am about four weeks away from my main competition of the year so I’m starting to get excited about that!

Do you have any swimming sets that are a real calorie burner?!

The ones that burn the most calories are longer in volume but lower in intensity so doing sets of 100 meters on reasonably short rest intervals but so that you’re not breathing too hard. In those sessions you’re looking to do between 2-3000 meters which kind of mirrors a long run that you would do outside as it’s a reasonably low intensity but you’re sweating quite a lot which means you’re burning a lot of calories. 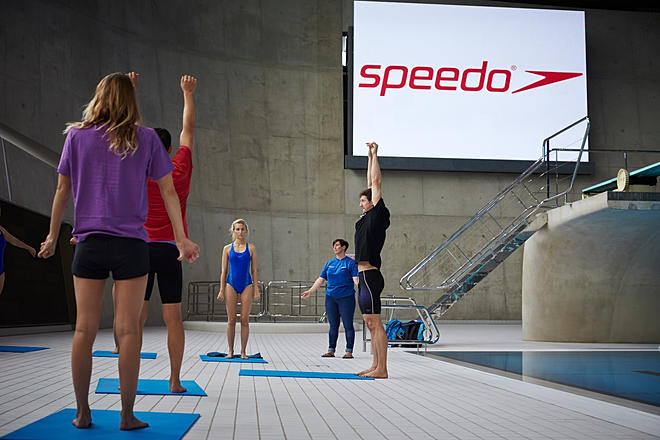 Be sure to check out some of the GB men and women in action at the World Aquatics Championship starting on the 24th of July with the guys seeing action between the 2-9 of August in Kazan.

AD. Over the past few weeks I’ve been checking o

Thousands of miles away.. • #menswearstyle #guys

Reminding myself of warmer times 💦 ☀️ • #