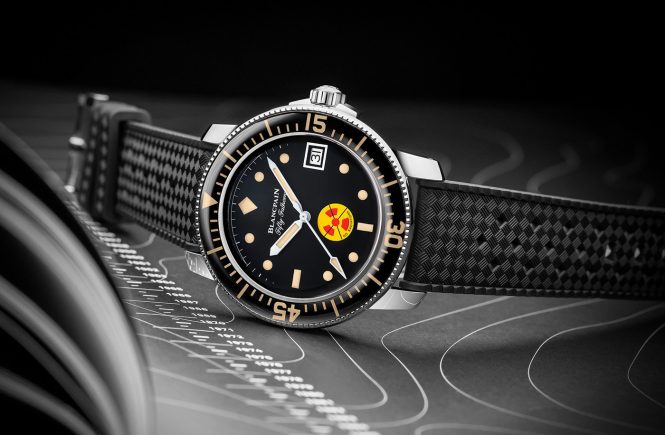 As watch releases go this is certainly one of the more unusual, though definitely equally as interesting as any other. Swiss manufacturer Blancpain has presented us with a limited-edition tribute to the classic Fifty Fathoms. The ‘No Radiations’.

A watch which was originally produced for the German Navy’s ‘Kampfschwimmer’ Marines in the mid-1960s, referred to as the RPG 1, the dial featured a ‘no radiations’ logo at the six o’clock position on the dial. Now in this day and age radiation isn’t something we tend to worry about very much, however back then, the horrors of it were still very raw. Those in the military will still remember its part in World War Two, whilst the general public would recall the sordid use of Radium in everyday products such as face creams and toothpaste.

As many of you will know Radium was also part of watch dials in years gone by. The luminous paint applied to give that strong glow on the hour markers and hands in poor lighting. The sheer danger of it however really came to light with The Radium Girls. Working for the United States Radium Corporation, they applied the paint to watch dials, before very sadly becoming ill and dying. From this we can see the ‘No Radiations’ symbol on the watch dial then becomes very understandable and appropriate. 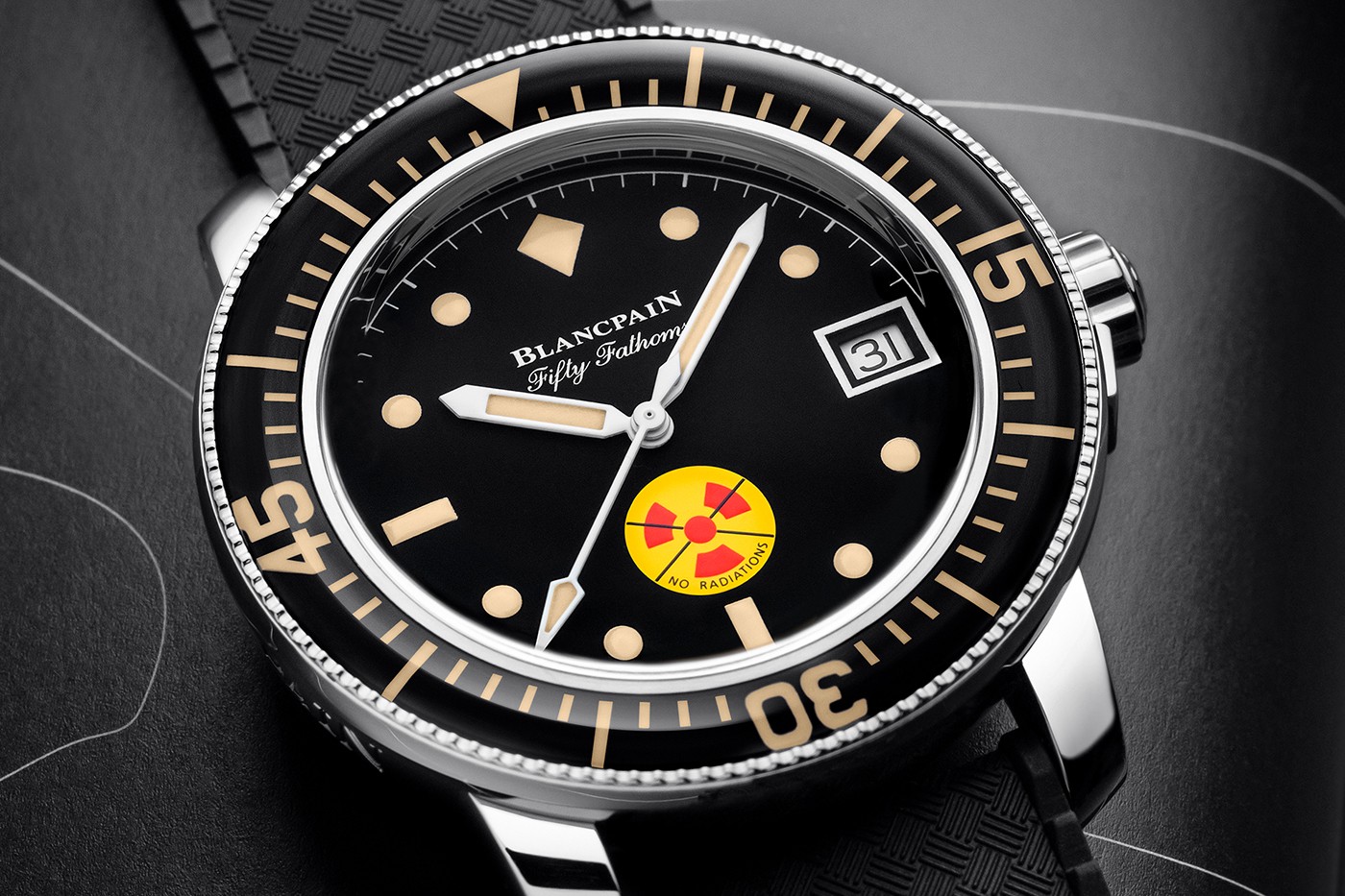 Limited to 500 pieces, the watch has a 40.3mm stainless steel case, a little smaller than the original which came in at 41mm. Watch aficionados will also remember there was a 45mm Fifty Fathoms ‘No Rad’ released in 2010, as well as another Fifty Fathoms model which sported a logo on the dial. The ‘Mil Spec’ which featured a moisture indicator, was designed to warn divers if water had managed to penetrate the case of their watch.

The new Blancpain Fifty Fathoms No Rad is water resistant to 300m, in which the case houses Blancpain’s Calibre 1151 four day automatic movement. The strap is a simple, functional and period correct ‘tropic’ rubber strap. I can imagine you are also curious to know what the dial hour markers and hands are now coated in. This is a ‘fauxtina’ shade of Super-LumiNova called  ‘Old Radium’. 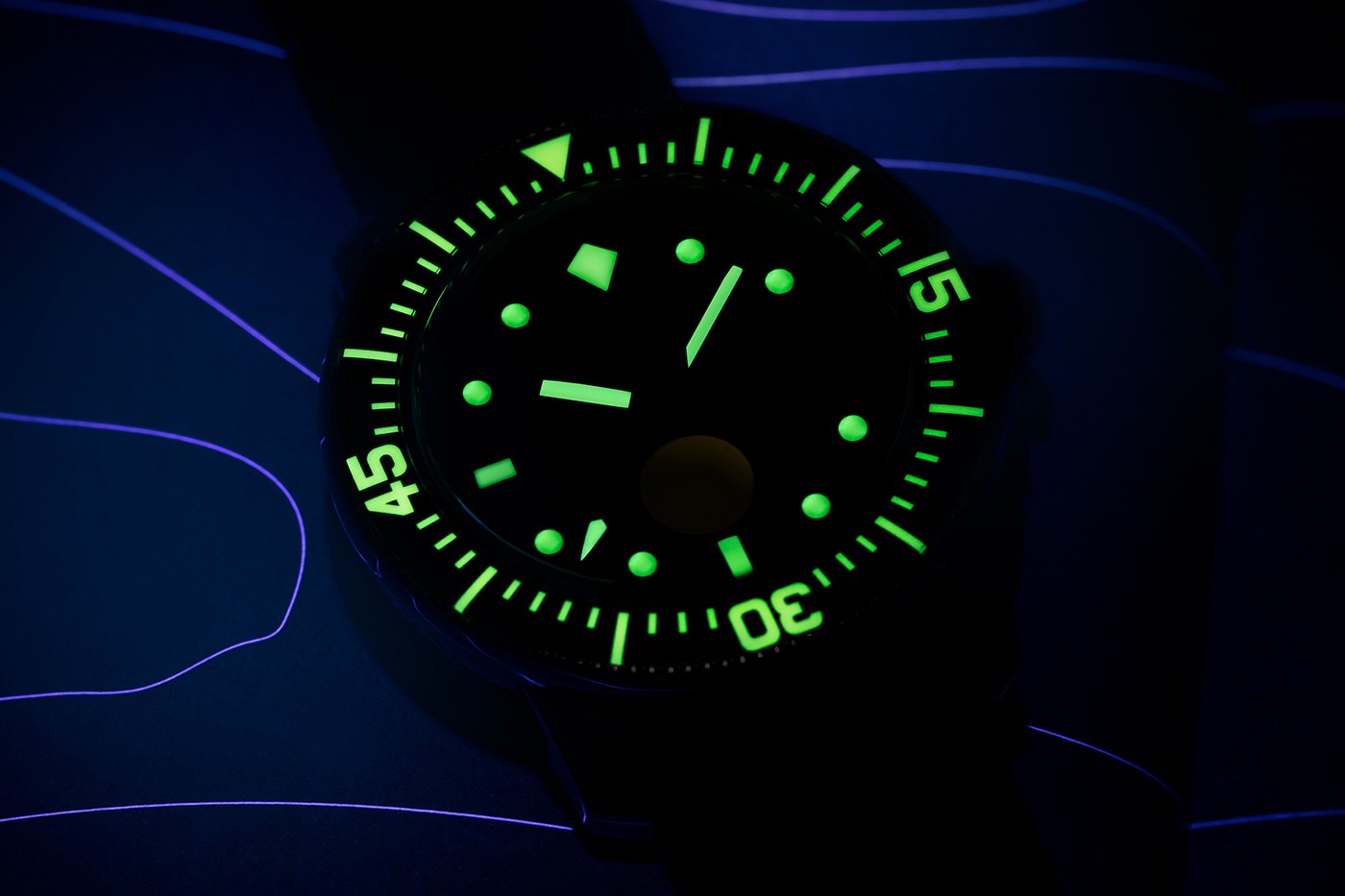 The new 2021 Blancpain Fifty Fathoms No Rad is available to purchase now at selected retailers and boutiques, priced at around £10,200. 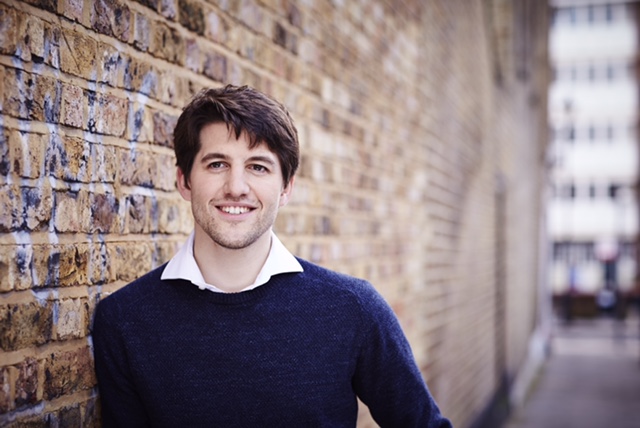 “Carspring” The Future Of The Used Car Market

The Fly by Nico Belfast Experience 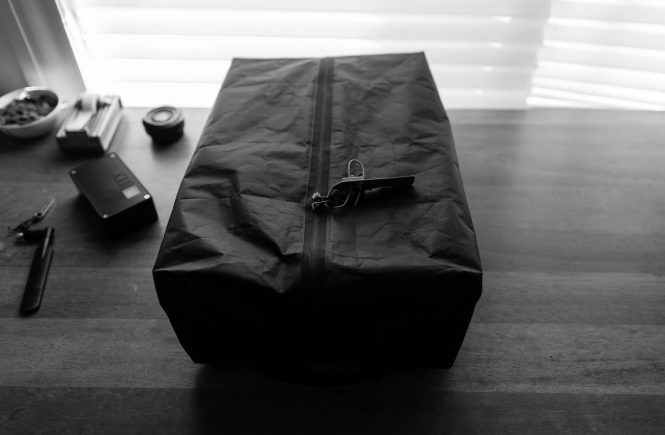